Grocery Store Manager Succumbs To His Injuries After Ladder Fall 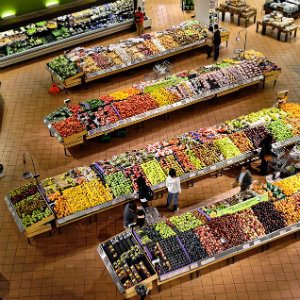 The Occupational Safety and Health Administration is investigating the death of a Giant Food Store relief manager after the store reported to the administration that he had passed away.

At this time, investigators believe that the employee suffered blunt force trauma due to a fall. The victim was working alone and no one witnessed the fall, however, there was evidence that he had been working on a twelve-foot ladder. Another employee later found him unresponsive on the floor and doctors have indicated that his injuries were consistent with a ladder fall.

He was rushed immediately to the local hospital where he remained in critical condition for almost a week before his health took a turn for the worst. His physicians reported that, due his injuries, he formed a blood clot which then travelled to his lungs. It was this blood clot which ultimately caused his death.

The president of Giant Food Stores released a statement which said “On behalf of Giant, our thoughts and prayers are with the associate’s family and friends at this difficult time and we want to convey our deepest sympathies. We are deeply saddened by this tragic event.“

The worker left behind a wife of 30 years.

Whenever an accident takes place in the workplace and someone is injured, the employer is supposed to report the injuries to OSHA. As long as there were no fatalities, OSHA then has the option of opening an investigation into the accident or waiting for a written report detailing the accident from the employer.

In this case, Giant reported the accident within 24 hours and OSHA decided to wait on a written report. However, once the employer reported to the administration that the employee had passed away, they were forced to begin an investigation.

If during their investigation, OSHA finds that the employer failed to provide the necessary safety equipment or was negligent in some way, they could be fined or shut down until the issues are fixed.

Will His Widow Get Death Benefits?

Whenever a worker is injured on the job, they are entitled to file for workers’ compensation. In cases where the accident resulted in the death of the worker, benefits may be available for the loved ones they have left behind. This may include a spouse, parent, child.

Benefits may include a percentage of the deceased’s weekly wage, compensation for any medical expenses relating to the injuries which ultimately caused the worker to pass away, and funeral and burial benefits. The latter is particularly important, as the funeral process can be a very expensive one. Without any benefits, loved ones are left to cover the cost themselves. If you need help funding a funeral for a loved one, you can learn more by reading the GoFundMe blog. For spouses, these benefits will theoretically continue for the rest of their lives, however, benefits will stop if the surviving spouse remarries.

The Danger Of Ladder Falls 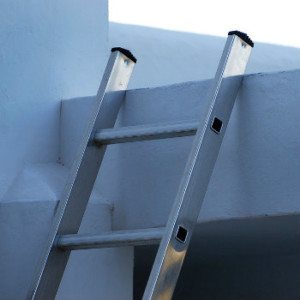 According to the Centers for Disease Control (CDC), ladder falls are a leading cause of work-related fatalities and nearly 20% of all work-related falls involve a ladder. Although any worker is at risk, the majority of ladder fall victims work in construction, maintenance, repair, and mining industries.

It may seem like no big deal to fall off of a ladder, but even a fall from the first rung can result in injuries like broken bones, head trauma, spinal trauma, and lacerations.

In some cases, an investigation has revealed that a defect in the ladder being used was the cause of the fall. Defects can occur in the design, the manufacturing, or in the safety information provided on the product.

If a defect caused the relief managers’ fall, it may be possible for his loved ones to pursue a wrongful death lawsuit against the party responsible for the defect. If they choose this course of action, it is possible that they may be able to recover damages which will compensate them for their loss. These damages may cover the emotional trauma experienced by the deceased before they passed, medical expenses, funeral benefits, lost inheritance, and more.