Train accidents seem to be on the rise and just this past Wednesday, at Pennsylvania’s 69th station, a chain reaction caused a collision that damaged at least 18 cars and hurt several people.

It was around 8 a.m., right in the middle of rush hour, when for some reason train 57 hit the back of train 67. The impact caused 57 to then sideswipe a third train, number 51 which was traveling 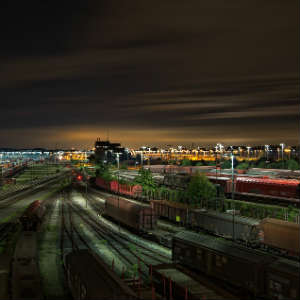 in the opposite direction.

All trains were six-car trains and of the 18 cars, 7 derailed completely.

The only lucky thing about the accident was that there were very few on board. This didn’t stop those who were involved from being hurt. In fact, the operator of train 57 was listed as in critical condition and at least three other were injured. The responding emergency crews have reported that there were at least two serious leg injuries and two traumatic head injuries. All of the injured were rushed to nearby hospitals.

Despite an initial investigation into the accident, the cause of the crash isn’t clear but officials are concerned that it might be an issue with signals.

Although the brain is still one of the most mysterious organs, it is one of the most important. Any time that an accident occurs, the impact can cause the very soft brain tissue to strike the inside of the hard skull. When this happens, swelling, bleeding, tissue death and hematomas may occur.

No two patients recover from a brain injury quite the same. While some are able to make a shocking full recovery despite their doctor’s initial concerns, others are left with permanent changes to speech, movement, memory, and can even cause personality changes. Treatments may include surgery, medications, physical therapy, and more. But none of these treatments are cheap.

For even minor traumatic brain injuries, the cost of care can reach as high as $200,000. But if the damage is worse and the victim requires lifelong care, that number can skyrocket and it’s not uncommon for patients to need around $3 million in medical care.

Of course what most people what to know is, who is responsible for those financial losses?

The process of obtaining compensation, which may full cover all medical expenses, is not simple and begins with determining what caused the accident and the patient’s relationship with the railroad. 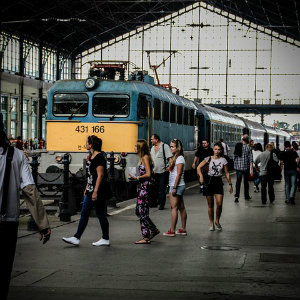 After an accident, a victim is usually approached by a railroad representative who will offer them a settlement amount. It’s very important to not immediately agree to the settlement and to contact an attorney because frequently the money offered is simply not enough.

In most cases it takes filing a personal injury lawsuit to obtain full compensation. This lawsuit, depending on the result of the investigation into the cause of the crash, may be against the railroad, the conductor, or even a parts manufacturer.  While the majority of cases do end up settling, it takes time to collect evidence and show the defendant that their initial offer was far too low.

Employees, like the conductor that was injured in this crash, must go a different route. Instead of filing a typical workers’ compensation claim, railroad workers must file through the Federal Employers Liability Act (FELA).  This, however, can present serious problems.

Unlike workers’ compensation which is a “no-fault” insurance, a FELA claim requires the employee to show that another party was negligent and caused the accident.

However, if approved, these claims can actually provide the employee with coverage for medical expenses, lost wages, past and future physical pain, and even emotional distress. With a workers’ compensation claim, only medical expenses and a fraction of lost wages are covered.