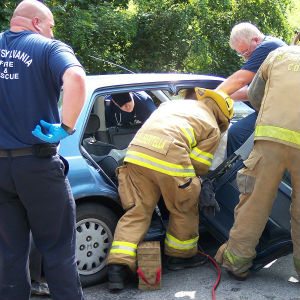 A tragic accident involving a Mercedes and a fire truck on Old Dixie Highway in Clayton County, Georgia resulted in critical injuries sustained by one 6-year-old child on Wednesday, May 11th.

The Mercedes allegedly ran a red light at the intersection and collided with a fire truck, coming to a halt beneath the truck itself. Three people were ensnared in the Mercedes: the 18-year-old driver, a 6-year-old and an 8 year-old.

The firefighters in the stricken fire truck got out of the truck and immediately got to work on saving the 6-year-old, who was not breathing.

Both young girls were flown to Children’s Healthcare of Atlanta in Egleston for treatment, while the driver was taken to the Atlanta Medical Center for minor injuries.

The three firefighters involved in the accident were taken to the Southern Regional Medical Center to be observed for injuries. The three men had over 31 years of service combined. If these firefighters sustain injuries, they may be eligible to file workers’ compensation claims.

What Is Covered Under Worker’s Compensation?

What Are Some Typical Injuries Resulting From Car Accidents?

According to a 2013 study done by the National Highway Safety Traffic Administration, motor vehicle crashes result in 40% more deaths than firearms annually. If a person involved in a car accident is lucky enough to survive the crash, these are some of the most common injuries he or she may sustain: 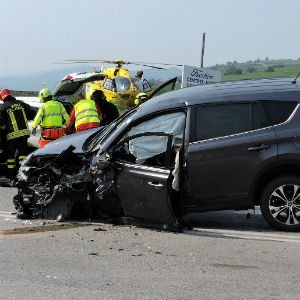 The abrupt jostling one’s neck sustains during a car accident can cause both minor and major injuries.

This minor injury is caused when a strong force causes the head to move back and forth, resulting in overextension of the soft tissues in the neck. Those who experience whiplash from a car accident may not feel symptoms right away. In fact, it may take a few days to feel the typical symptoms of neck pain and stiffness, dizziness, and headaches experienced at the base of the skull.

These are more major neck injuries that can occur from a car accident.

This occurs when a bone in the neck region of the spine brakes. When cervical fractures occur higher up on the spine, this may affect a person’s ability to breathe.

This occurs when a ligament injury in the neck forces 2 or more bones apart, creating an unusually large space between the bones, resulting in a dislocation. A cervical dislocation may cause several symptoms, including localized pain, numb or tingling arms, and a loss of strength in upper extremities.

Beyond neck injuries, back injuries are an extremely common result of automobile accidents.

Discs are the soft cushions that lie between the vertebrae in the spine. An impact from a car accident can disrupt this soft tissue, and cause it to press on a nerve. The symptoms of a herniated disc are pain and numbness, and weakness in the arms and legs.

Most fractured vertebrae injuries sustained in car accidents occur in the mid- to lower-back. This injury occurs when the impact of an accident forces the upper body to jolt forward while the lower body remains static from the seat belt. Symptoms of a fractured vertebrae injury include pain worsened by movement, numbness, loss of strength, and loss of bladder and bowel control.

Is There Another Way To Obtain Compensation?

How Much Is A Car Accident Claim Worth?

Claims vary greatly depending on several factors. It is best to consult with a personal injury lawyer to determine the kind of compensation for which you may be eligible. 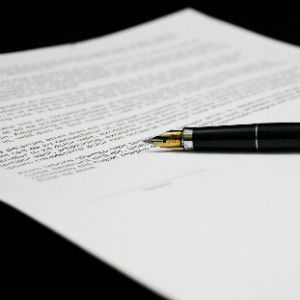