The Dangers of Agricultural Work 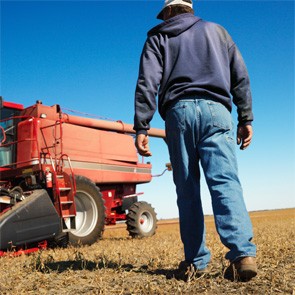 However, agriculture can be dangerous work for the approximately 3 million Americans who work in the industry. Since farming is so vital to the everyday life of Americans, it is important that steps are taken to protect farmers and to safeguard the industry. The advancement of technology has led to fewer fatalities and injuries among agricultural workers in recent years; however the rate of fatalities and injuries still exceeds the national average for workers in the private sector.

Fatalities occur across the 50 states, across every type of farm and for many different reasons. However, the data collected by the National Institute for Occupational Safety and Health shows some clear trends. First, farm tractors was by far the most common cause of agricultural fatalities from 1992-2001. 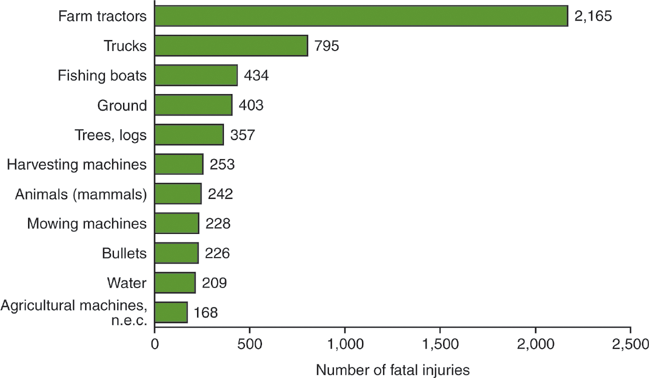 In the five year period from 1992-1997 machinery was the leading cause of fatal injuries in the agricultural industry followed by motor vehicles. 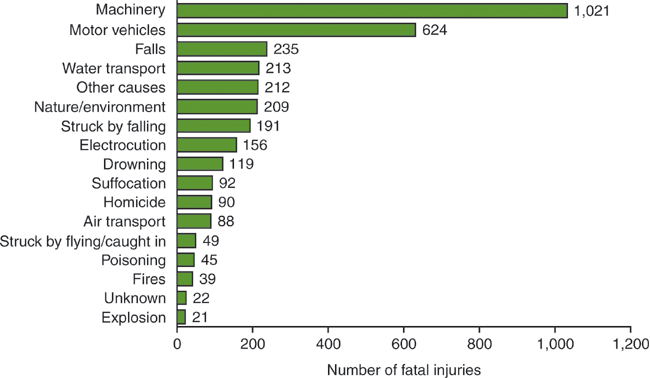 Figure 3-7. Leading causes of fatal occupational injuries in the agriculture, forestry, and fishing industry, 1992-1997. During 1992-1997, machinery caused 1,021 fatal occupational injuries and was the leading cause of these deaths in agriculture, forestry, and fishing as reported on death certificates. The next leading causes of these deaths were motor vehicles (624 fatalities) and falls (235 fatalities).
(Sources: NIOSH [2001a]; Myers [2001a].) 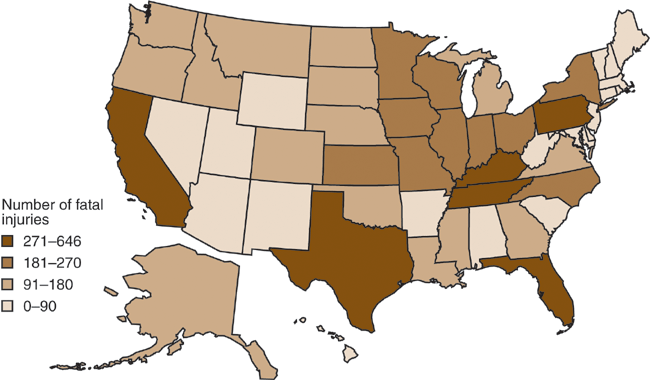 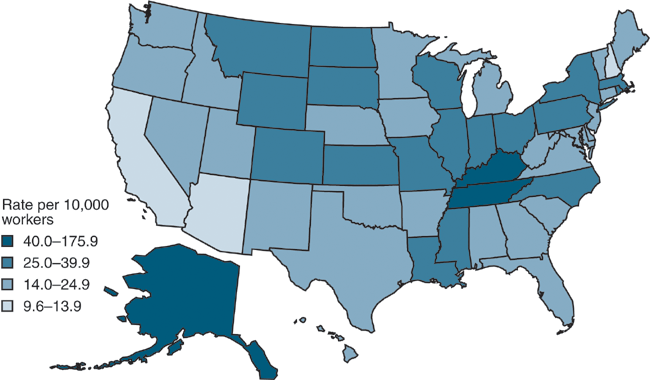 Unfortunately, many of the deaths that occur in the agricultural industry are among young workers under the age of 20. Among this age group there were more than , fatalities between 1982 and 1996. The majority of these deaths were due to machinery accidents and drowning. The government has recognized the problem of children getting hurt in agricultural accidents and that the problem includes children who work on farms. Accordingly, in the 1990s a National Action Plan was developed to address the problem. 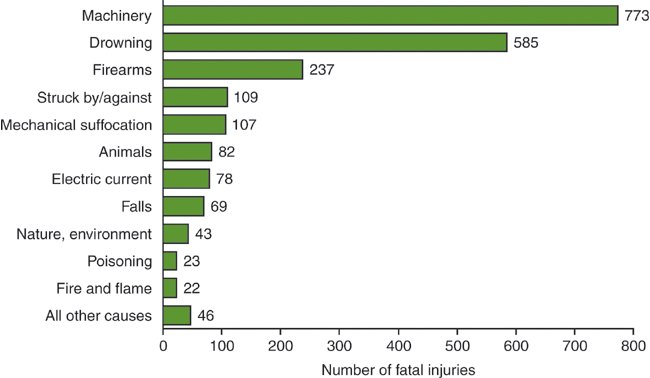 Like other types of occupational fatalities in the agricultural industry, accidents that result in the death of workers under age 20 can occur in any state in the nation. However, Texas had a significantly higher number of fatalities than other states in the 1982-1996 time period. 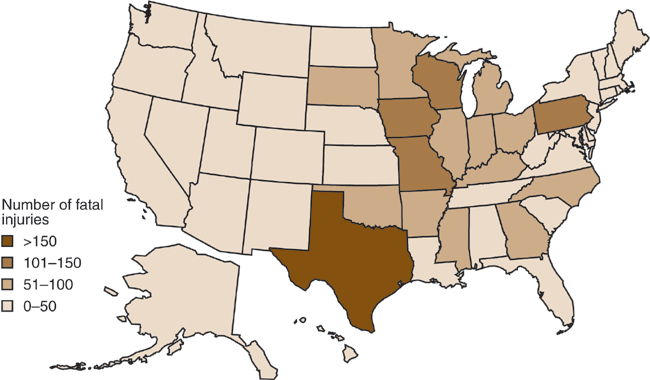 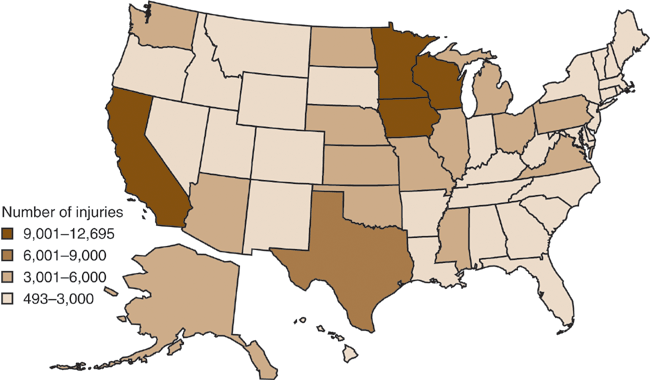 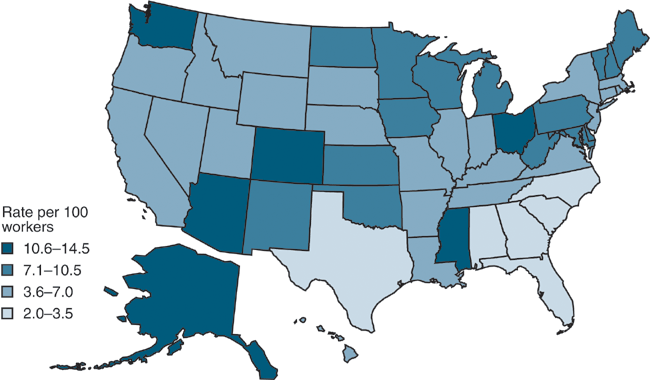 The greatest number of nonfatal agricultural injuries occurred on cattle, hog and sheep farms in the 1993-1995 period. However, several other types of farms saw tens of thousands of injuries as well. 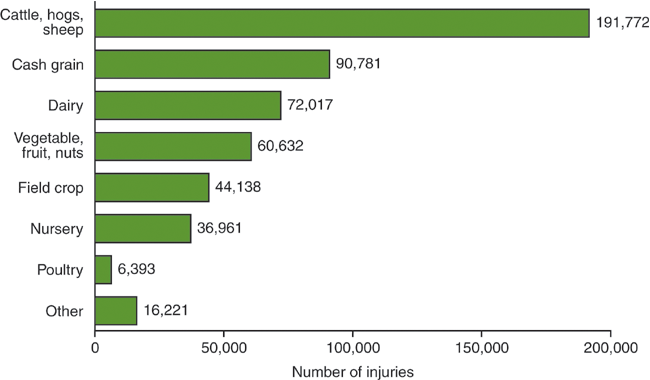 The rate of injury per every 100 Worker’s Compensation was similar among crop farms, livestock farms and a category that includes all farms. 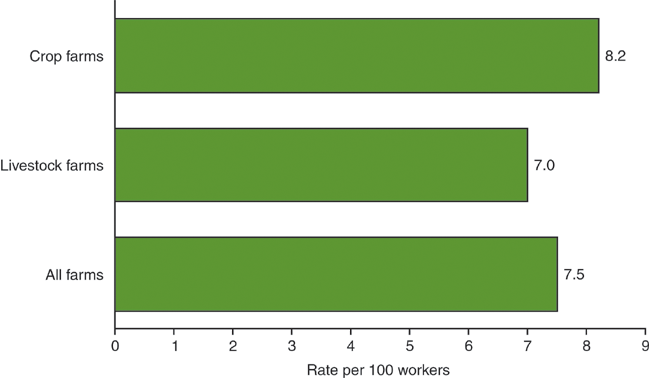 The majority of injuries were caused by machinery and livestock. 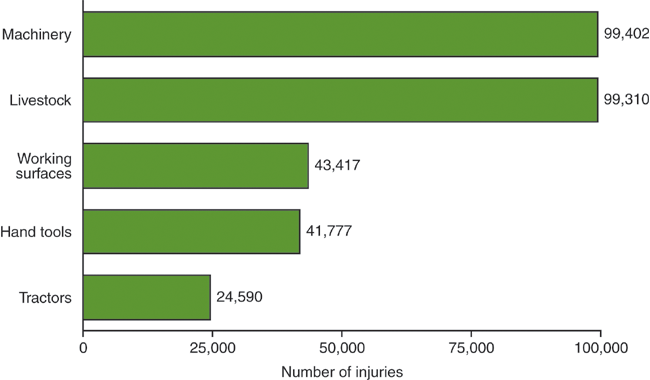 The cause of the accidents and fatalities is different for different types of farms. For example, the dangers from handling livestock are greatest on cattle, hog and pig farms while the danger from pesticides is greatest on crop farms.

Things such as tools, falls, machinery, motor vehicles and weather can be a factor on many different types of farms. Therefore, it is important for every farmer to understand how to protect his employees and to minimize the risks so that agricultural injuries and fatalities can be avoided to the greatest extent possible.

For many years, the United States agricultural industry has been using pesticides to protect crops and control insects. Pesticides provide many benefits. However, they also present dangers to people who work with them. The Environmental Protection Agency estimates that there are between 10,000 -20,000 occupational pesticide poisonings annually.

Which Pesticides Cause Injuries?

In 1998 – 1999 there were 1,009 reported cases of occupational illnesses related to pesticides. Of those, just under one half were related to insecticides. 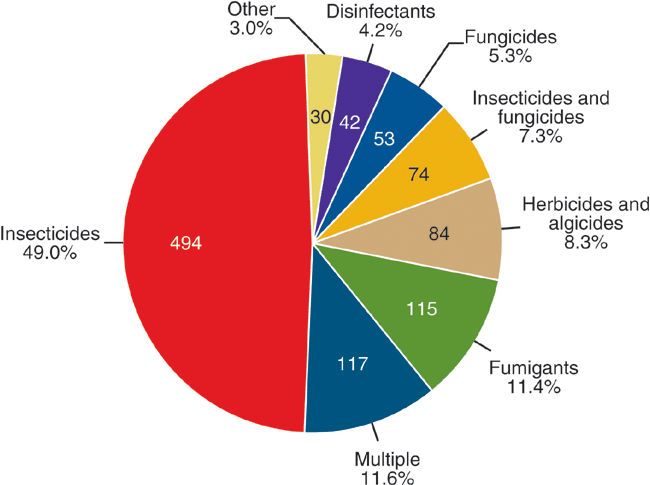 Accordingly, it makes sense that the greatest number of pesticide-related illnesses were seen in the agriculture industry. 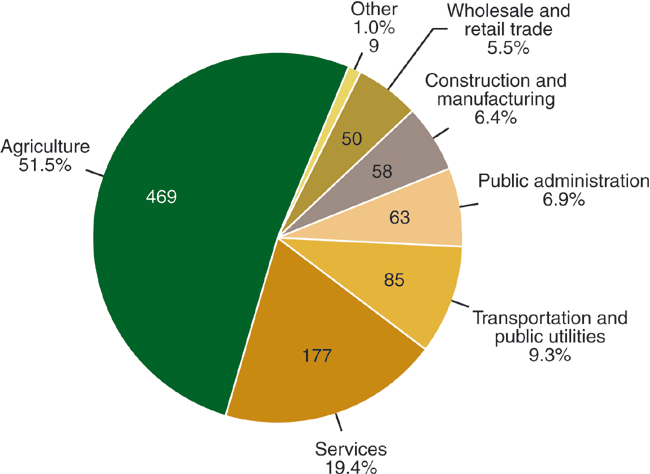 When you look at specific occupations, it is easy to tell that farm workers have the highest number of pesticide related illnesses. In fact, more than two thirds of those who become sick from pesticides in 1998-1999 were farm workers. 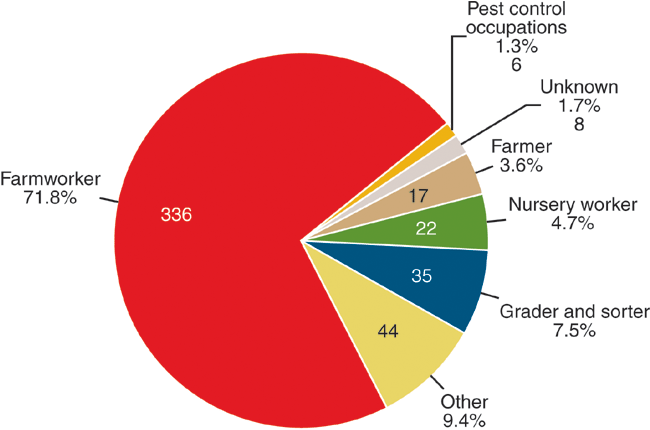 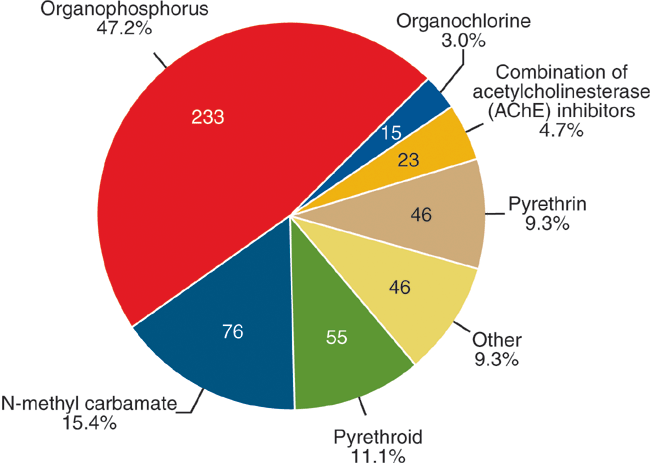 What Injuries Can Pesticides Cause?

Pesticides can cause different injuries depending on the chemicals used in the pesticide, the concentration of those chemicals and how much was ingested by the worker. Some possible pesticide injuries include poisoning, skin problems, respiratory problems and other diseases.

How Can You Protect Yourself From Pesticides Used On The Job?

Until safe pesticides are developed and made affordable for occupational use, workers will continue to be exposed to potentially harmful chemicals. It is, therefore, important, that they take all necessary steps to minimize their chances of getting sick.