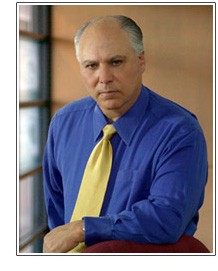 Lawrence “Larry” Levin, Esquire is a senior partner of the Jenkintown firm of Shor & Levin. Since 1971, Larry had dedicated his practice to workplace injury issues. He is past chairman and founder of the Montgomery County Young Lawyers; past committee member of the Pennsylvania Disciplinary Board; former Assistant District Attorney and Judicial Law Clerk in Montgomery County.

Recently, Mr. Levin has lectured to various Bar groups on the topics of ethics and professionalism. In August of 2002 his article entitled “Creating a Successful Claimant’s Practice” appeared in The Legal Intelligencer. In December of 2002 his article entitled “Succeeding in Your Practice from the Inside Out” appeared in The Legal Intelligencer. He is the author of “Power of Attorney” and is the only Pennsylvania attorney licensed to facilitate the programs “Goal Achiever and Principles of Prosperity” to the legal profession. CLE certification by The Montgomery Bar Association. Mr. Levin received his B.S. in Political Science from Penn State University in 1967 and his J.D. in 1971 from Temple University School of Law.

Larry has an unwavering commitment to “the little guy” in getting worker comp for work related injury and illness. His passion for helping those in need continues. He knows how difficult it can be to deal with the bureaucracy of insurance companies. Let us help you cut through the red tape and get on the road to justice and full compensation. In Larry’s own words, “Many years ago, I worked for an insurance company. Several times I was instructed to recommend settlements to injured workers that were not in their best interests. It was a real eye opener for me and I refused to make those kinds of recommendations. I vowed from that day to make sure that employers and insurers are held accountable.”