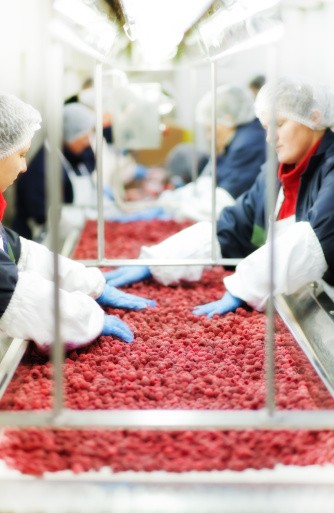 The path of food from farm to table is something that most Americans ignore. It wasn’t always that way. Over the last century, the percentage of U.S. families involved in food production and packaging has dropped from around 70 percent to only 3 percent. Life on the farm-and work in a slaughterhouse or cannery-is now completely foreign to most people’s lives.

Mechanization, industrial production methods, automation, modern inventory management techniques, and consolidation of the food sector has allowed the American consumer to enjoy an unprecedented variety of food year-round, despite the huge drop-off in the number of people actually employed in the food system. That’s true even in Pennsylvania, which historically has been a key part of the nation’s food production system. Eastern Pennsylvania is still dotted with poultry farms, and many internationally known food-processing companies have chosen to locate here. Agriculture remains our state’s largest industry. But the ability to do more with fewer workers means that the average person does not realize how hazardous it can be to work in the food packing and meat processing industries.

Food production and processing plants teem with potential dangers to employees. The work is fast-paced, and any lapse of alertness can lead to a catastrophic accident. Even day-to-day work can involve repeated motions or movement in awkward positions, key triggers for repetitive stress injuries. The Centers for Disease Control put it bluntly: “Agriculture ranks among the most hazardous industries. Farmers are at very high risk for fatal and nonfatal injuries.”

The hazards facing slaughterhouse, food packaging, and meat-processing workers are largely attributable to the pace of the work. Because profit margins are slim in the food industry, businesses demand high volume. Line speeds are set to the highest allowed by federal sanitation laws, rather than the speeds that would be best for worker safety.

When most people think of “food safety,” they think of the risk of food borne illness-not the larger problem of accident risks in packing plants.

Under law, Pennsylvania workers’ compensation benefits are available to an injured worker, no matter who may have caused the injury. However, under the “grand bargain” that established workers’ comp rules, all workers lose their rights to sue their employers or coworkers for any negligent acts. The trade off  is that workers get guaranteed coverage for their injuries, while the employers are insulated from some lawsuits.

However, sometimes a food packing worker or meat processor is injured due to the neglectful acts of a third party-someone who does not work for the same boss. In such cases, it may be possible to file a personal injury lawsuit in Pennsylvania against this negligent third party. Your Pennsylvania injury attorney can inform you whether your case qualifies.

The food industry employees who ask for our help in getting comp benefits suffer from a wide assortment of workplace injuries. We all recognize that any injury can happen anywhere. However, the list below represents some of the complaints these workers most often report.

The Bulldog Lawyers Stand With Food Processing Workers In Pennsylvania

Professionally known as the Bulldog Lawyers, the Pennsylvania Worker’s Compensation Larry Levin and Jay Shor have working together for over two decades to make sure all employees in the state have a chance to get fair recoveries when harmed on the job.

From our offices in Philadelphia, Reading, and Harrisburg, we can provide legal counsel to any worker whose Pennsylvania workers’ compensation benefits are cut off too soon or don’t reach as far as they should. If you are an injured worker in the food industry, call us today at 866-462-8553 to talk with an attorney dedicated to getting you the benefits you deserve.