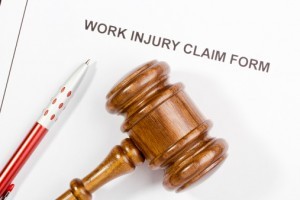 A Pennsylvania worker who suffers an injury or becomes ill as a result of his or her job may be entitled to compensation through the Pennsylvania Workers’ Compensation system. A worker may be entitled to partial or total disability benefits that cover the employee’s lost wages as well as medical benefits that cover treatment related to the injury or illness. Although there are a variety of reasons why a claimant’s benefits stop, one common reason is that the worker’s injuries or illness has improved to the point that he or she is able to return to work. What happens if the worker feels similar symptoms of the illness or injury again down the road? Reinstating the original claim may be an option.

When Can a Workers’ Compensation Claim Be Re-Opened?

Unfortunately, there is no black and white answer to the question “When can a claim be re-opened?” However, there are some general guidelines that can help a claimant understand how reinstating a claim works.

Whether or not a Pennsylvania workers’ compensation claim can be reinstated after it has been closed is a factual question, meaning it depends on the specific facts and circumstances of your case. In general, whether the symptoms you are experiencing are considered a reoccurrence or an aggravation of the previous injury will be important. A reoccurrence typically means that the injury flared up without an intervening act while an aggravation usually means that something else happened that caused the previous injury to cause you pain or problems. A reoccurrence will likely be viewed as compensable by reinstating your previous claim while an aggravation may be considered a new injury.

To better understand the difference, consider the following two scenarios:

The first scenario would be more likely to result in a reinstatement of a previous workers’ compensation claim because there was no apparent intervening cause of the return of symptoms. In the second scenario, even though you may feel the same pain in the exact same place, the intervening stumble down the stairs might be considered a new injury and, therefore, not eligible for reinstatement of the previous claim.

Because reinstatement of a previous workers’ compensation claim is a factual issue that depends on the circumstances of the case, you should always consult an experienced Pennsylvania workers’ compensation attorney to determine if you might be entitled to resume your benefits. If you have questions or concerns about your legal rights to compensation, contact Jay and Larry, The Bulldog Lawyers, by calling 855-860-8548 or by using our Worker’s Compensation.