Second Employee Killed By A Steel Beam At PA Company

The police department in Bensalem Township, PA held a press release on January 16th, confirming to the public that an industrial accident at Samuel Grossi & Sons, Inc. had claimed the life of a 57-year-old man.

An Investigation Has Been Opened

On the day of the accident, emergency responders were called to the company’s premises after the victim’s coworkers called 911. When they arrived, they found that the 57-year-old victim had already passed away. 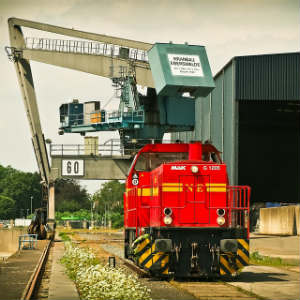 Although the circumstance that resulted in the accident are still unclear, what is known is that a steel beam, weighing thousands of pounds fell on top of the victim, crushing him. The Occupational Safety & Health Administration was notified of the accident by the company and has opened an investigation into the matter, as they always do when an employee is killed on the job. Sadly, this isn’t the only time that OSHA has been called in to investigate at this particular company.

Steel Beam Safety May Be A Problem

This is the second time in less than ten years than an employee was killed by a falling steel beam at Grossi. In August of 2008, another man was killed on the job, leaving a mourning family behind.

In that fatal accident, the victim and a co-worker had been assigned to load steel beams into a flatbed truck. They were using a crane that was equipped with steel alloy chain slings to lift the heavy beams and while the victim was climbing a ladder, one of the beams came loose and struck him. The impact caused him to fall to the ground and the beam also fell, landing directly on top of him.

The 2008 investigation by OSHA revealed some serious safety issues and ultimately the company had to pay a $2,775 fine.

This isn’t the only time that OSHA has fined Grossi for safety violations. In 2009, an inspection resulted in $3,375 fine for failing to provide employees with occupational foot protection. Then in 2011, the company paid $1,518 for the improper storage of compressed gas and in 2013 they failed to meet the safety requirements for machine guards and paid another fine of $1,666.

A New Fine May Be Much Higher

It’s long been argued by workers who have been injured on the job due to their employer’s negligence that the fines proposed by OSHA are not high enough to make a difference. In many cases, an OSHA inspector will perform an inspection, inform the employer of a safety issue, issue a fine, and come back later to find that nothing has changed because it is less expensive for the employer to pay fines than it is to provide the correct equipment or training to employees.

That’s why, for the first time in 25 years, in 2016, the administration increased the monetary penalties for violations. The increases seen included:

The amounts listed are per penalty, so if more than one violation is found the penalties could be quite high.

Although information on how the accident happened may help to provide the victim’s loved ones with the answers they are seeking, it won’t help them pay for their everyday bills on top of funeral and burial expenses.

For the surviving loved ones, the employer’s workers’ compensation insurance policy will provide some benefits. This typically includes: 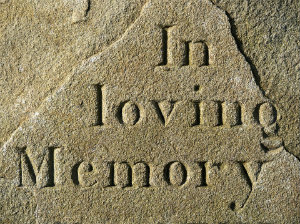 The claim for these benefits must be submitted in a timely manner so it’s important for the loved ones to contact a workers’ compensation attorney as quickly as possible, or they risk losing these benefits.