8 PA Workers’ Compensation Cases You Need To Know About

If you’re from Pennsylvania, you know it is chock full of history. From Pittsburgh’s steel industry to the intricate railroad systems all across the state, PA has a long history of workers putting in the effort to advance the future of industry and technology. However,
with lots of work comes lots of workplace hazards.

In October of 2015, Landfried Paving Inc. had its employees working on the construction of a parking garage in Meadville, PA. When OSHA came to inspect the construction site, they found that the company’s workers were in grave danger, literally. Workers were in a 7-foot-deep trench where they were attempting to install drainage catch basins. With vertical walls surrounding them, they were at risk of having the walls cave in on them. OSHA issued citations on the company for not ensuring their workers’ safety in March of this year and proposed $18,000 in penalties. 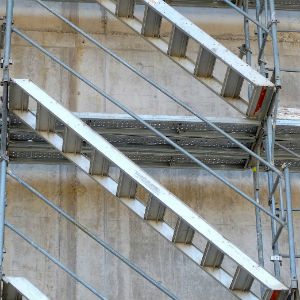 After being cited in 2006 for a fatal fall accident, Burkholder Builders was cited again this year on the grounds of multiple safety violations. According to OSHA documents, the company did not provide all of the following for their employees:

In addition, the company sanctioned the improper use of portable ladders and a forklift to carry workers on an improper platform. Lastly, Burkholder Builders did not provide training for how to use a nail gun. OSHA proposed $64,400 in penalties.

Dollar General was cited previously for similar safety violations in several states. This time, in PA, OSHA issued penalties to Dollar General for having locks only certain employees could open on areas that all employees should have had access to, like exit doors and routes. The bargain store also had citations for using electrical extension cords improperly. OSHA has issued $69,300 in penalties for these repeat and serious violations.

#5 BC Stucco and Stone

Late last year, OSHA discovered that BC Stucco and Stone’s employees were working on a severely compromised scaffold 18 feet above ground in Bear, Delaware. The scaffold did not provide employees any protection against falling, it was absent of planking, employees could not access the scaffold safely, and there were some areas on the scaffold without guardrails, which would have protected employees from falling. In addition, BC Stucco and Stone made no attempt to train their employees on the safe use of the scaffolding equipment, nor did they require their employees to wear helmets while working on scaffolding. As a result, OSHA issued $93,000 in penalties.

This time last year, an employee at Susquehanna Supply died from a trench collapse while he was working on a bridge repair and construction site in Millville, PA. The man was 12-15 feet deep in a trench digging soil out of the base of one of the bridge’s support structures. One of the trench walls collapsed, burying him alive. OSHA has issued $140,000 in penalties to Susquehanna Supply Company Inc. for willfully not providing cave-in protection.

#3: A Rooter Man Of Pittsburgh LLC

In September of 2015, a newly hired employee of the plumbing company, A Rooter Man of Pittsburgh LLC was crushed to death by the force of several tons of soil in Butler, PA. He was working on installing a sewer line 11 feet underground when the earth caved in around him. He was only 21 years old. OSHA found several instances of unsafe excavation at the Butler construction site and proposed $174,000 in penalties.

Berlin Builders has been investigated 23 times in the last year and has been found to continually neglect worker safety, especially with regard to the risk of falling both in PA and in Delaware. Consequently, OSHA has issued $403,690 in penalties. Violations include:

Topping the list is Lloyd Industries, with a whopping $822,000 in proposed penalties from OSHA. The duct manufacturing company has over 16 years of bad practices with regard to safety, with over 40 injuries including fractures, lacerations, punctures, and amputations. In 2014, an employee was operating a safety guard-less machine when three of his fingers were crushed, resulting in their amputation. When the man notified OSHA, another employee took pictures of the machinery and gave them to the man. When William Lloyd, the company’s owner, found out, he fired the employee who took pictures. In response, the U.S. Department of Labor filed suit against the duct manufacturing company.

Workplace Injuries: They Could Happen To You

While the stories of workplace danger and injury listed above may seem extreme or even improbable, the workers involved in these stories probably would have told you the same thing prior to their injuries. We tend to believe that the worst cannot happen to us until it does. Read on to learn about some of the most common construction accidents.

The U.S. Bureau of Labor Statistics estimated that between 2000 and 2006, 271 employees died in cave-ins while at work. OSHA’s records show that 2 workers per month die in trench accidents. This is unsurprising, as only one cubic yard of soil can weigh as much as a small car (2 tons).

To prevent these accidents, employers must comply with several OSHA regulations:

54 workplace deaths resulted from falling accidents involving scaffolds in 2009, according to OSHA. In addition, falls were the leading cause of workplace deaths in 2014. From 2005-2006, 199 people suffered major injuries as a result of faulty scaffolding equipment falls.

In order to ensure that scaffolds are safe to be on, employers should ask themselves these questions:

There are much more scaffolding regulations set by OSHA. You can find them here.

Workplace accidents resulting from operating dangerous machinery accounts for half of all amputations, according to OSHA. Below is a comprehensive list of some of the most accident prone machinery:

OSHA has developed a Machine Guarding eTool to help employers and employees check to see if their machinery is up to safety code. The eTool discusses potential hazards, best solutions, and best operating practices.

Does Any Of This Sound Familiar?

If you believe your employer has exposed you to safety hazards and risks, you should contact OSHA and file a report. It is illegal for your employer to fire you for filing a report with OSHA.

If you are injured at work, you should immediately contact a workers compensation lawyer. We will be able to help you compile the materials necessary to file a claim, and will help you get the coverage for lost wages and medical bills that you deserve.