Previous Next
Silica Exposure in Fracking May Endanger Workers 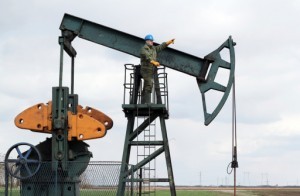 Federal safety officials want workers in the oil and gas industry to be aware of the danger they may encounter from exposure to silica dust during fracking. Although the issue is not new, a recent study has brought it renewed attention.

Fracking, or hydraulic fracturing, is a process for extracting natural gas from deep below the surface of the earth. The process involves blasting millions of gallons of water along with sand and chemicals down into the earth, creating channels that allow natural gas to escape and be captured.

The sand used for fracturing can be as much as 99 percent silica, potentially exposing workers to the silica dust while the sand is being moved. During the process, something like a silica dust collection system should be used in order to protect the health of workers.

Prolonged exposure to dust with high levels of breathable crystalline silica can cause serious health problems including lung disease and lung cancer. Exposure to silica has also been linked to tuberculosis, chronic obstructive pulmonary disease and kidney and autoimmune disease.

Researchers gained the cooperation of oil and gas companies at sites in Pennsylvania, Arkansas, Colorado, North Dakota and Texas. Air samples were gathered from the sites and studied. Of 116 samples:

If you believe that you have an illness related to your employment, consult a Worker’s Compensation right away. You may indeed be entitled to benefits, but your claim must be filed with care to clearly show the connection between your illness and your job.

If you have questions or concerns about your legal rights to compensation, contact the Pennsylvania workers’ compensation attorneys at Shor & Levin, the Bulldog Lawyers, by calling 855-860-0565 or by using our Worker’s Compensation.