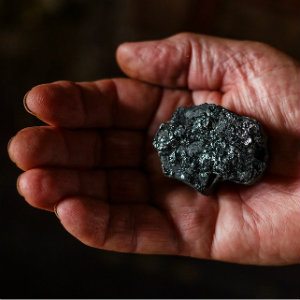 The average American doesn’t think about limestone on a daily basis but this naturally occurring mineral, which is any rock that is composed mostly of calcium carbonate, is the center of a huge mining industry and makes up nearly 70% of all crushed rock sold in the United States. However, the profits obtained through the mining of limestone frequently comes at the cost of a worker’s health.

Mining for any sort of material is dangerous work. Not only do employees have to deal with tools, equipment, and exposure to chemicals that could cause them harm, the location of their work isn’t safe. If a structure isn’t properly supported, tunnel walls could come crashing in or the ground below could shift.

That’s exactly what happened in a Pennsylvania quarry in April of 2015. Three men had arrived at 5 a.m. to begin work when the ground shifted and they were thrown to the ground by both the motion of the earth and a rush of air that came out of the mine. Falling rock and dirt struck them as they lay on the ground. Rescue workers found them 50 feet outside of the entrance.

Luckily, none of them were actually in the mine at the time of the collapse, otherwise, they may have been killed. As it was, the accident immediately knocked them unconscious and caused other injuries, including broken bones.

Two of them men were flown to a Pittsburgh hospital for treatment while the third was taken by ambulance to a closer location as his injuries were believed to be less severe.

A History Of Safety Violations

According to the Mine Safety & Health Administration (MSHA), the company that owns the mine has been issued 223 safety violations since 2004 and have paid just under $100,000 in fines. While no fatalities have occurred, workers have been seriously injured in previous accidents.

The fact that mining is dangerous is no secret, which is why the Occupational Safety & Health Administration created a separate division to keep miners safe. This administration is very proactive and does a minimum of four inspections of every underground mine in the state every year. If the mine is considered especially hazardous, inspections may take place more frequently.

The hope is that inspectors will be able to identify issues that could cause an accident or illness. Today, the most common accidents that cause injuries to miners include:

In addition to this, miners are frequently exposed to gasses and materials that could cause serious illnesses, such as:

Miners who have been injured or are suffering from a work-related illness do have the ability to file a workers compensation claim in order to get compensation.

Workers’ compensation insurance exists so that injured workers don’t financially suffer while dealing with a medical condition they got due to their job. If a claim is approved, they may receive payments to cover their medical bills and even a portion of lost earnings if the employee cannot return to work. Unfortunately, while this process should be easy and unstressful, it often isn’t and workers find that they need to consult an attorney.

Why Would A Claim Be Denied?

There are any number of reasons that a claim may be denied, but the most common are that an 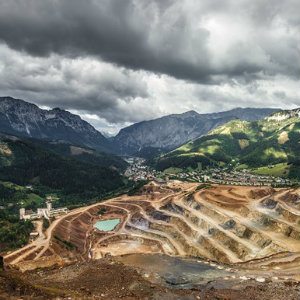 employer is contesting the claim by saying the injury or illness did not happen at work or a claim form was incorrectly filled out.

Mistakes don’t always mean that a claim is denied but it may result in a smaller payout than should have been issued to the worker.

An attorney can not only help from the very beginning so that mistakes while doing the initial paperwork are avoided, they can also speak with the insurance company on the worker’s behalf, obtain corrected payment amounts, and if necessary handle an appeal. In addition to this, they can identify other forms of compensation that may be available for the worker to file for.

Other Types Of Compensation

If the injury or illness sustained by the worker is career ending, they may be eligible for Social Security Disability Benefits. Most Americans believe that Social Security is only available to those of retirement age, but it also exists to assist disabled workers.

Third-party lawsuits, also known as personal injury lawsuits, are another common option. Through these complaints, which are filed against the party who is responsible for the harm sustained by the worker, monetary compensation can be acquired to cover:

A lawsuit can be filed in addition to a workers’ compensation claim.

How Do I Know Who Is Responsible?

In many cases, the victim isn’t even aware that a third-party had a duty to keep them safe. In mining, contractors hired to do work and the manufacturers of tools and heavy equipment are frequently who failed in some capacity to fulfill the duty owed to the worker.

For example, if the injured worker was using a tool like a drill or saw that is supposed to have certain safety features, but the safety feature contains a defect which causes it to malfunction, the manufacturer may be held liable. This is because they are responsible for creating a product that, when used correctly, does not harm the user.

What If A Miner Dies?

If an accident proves to be fatal, death benefits are available through workers’ compensation. The loved ones, typically a spouse, parent, or child of the deceased, can file a claim if they can show that a work-related injury or illness was a “substantial contributing cause” of the death. Benefits can include funeral and burial compensation, loss of wages, loss of consortium, and loss of health benefits. Those with life insurance can go to work with the added peace of mind that, if anything goes wrong, their family will be provided for financially. You can check out these insurance options if this is something that you think you and your family would benefit from.

There are certain instances in which these claims are not available. This includes:

Each of these claims does have a statute of limitations, which is another reason why it is extremely beneficial to consult with a workers’ compensation and personal injury lawyers as soon as possible. Once the time limit is up, filing for compensation will no longer be an option.