The Occupational Safety and Health Administration announced that two Pennsylvania-based contractors had been cited for safety violations after an investigation was performed at multiple job sites.

Issues With Safety On Scaffolding

The administration made the decision to make a surprise inspection of the Philadelphia-based job site where Penn Stucco and BC Stucco & Stone were performing stucco work after they received a complaint. The complaint indicated that employees were being asked to work on scaffolding that was not up to code in terms of safety standards. 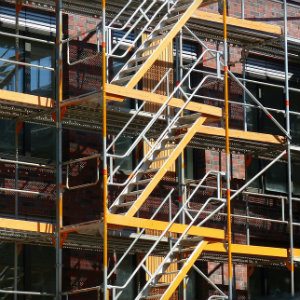 When the inspection was made, OSHA found that the 39-foot-high scaffolding being used by Penn Stucco employees was:

This is not the first time that the company had been cited for safety violations – similar citations were issued in 2012, 2013, and 2014. Due to the chronic nature of their disregard for employee safety, OSHA issued one serious and four repeat violations.

According to their report, BC Stucco scaffolding violated safety standards due to:

The company was also cited for not making their employees wear hard hats while on the site. Like the other company, BC Stucco had previously been cited for similar safety violations in 2013 and 2014. They were issued three willful, two repeat, and two serious violations.

Combined, the two companies face $236,390 in fines proposed by OSHA.

The Different Types Of Violations

Depending on the nature of the violation and the company’s history, the administration may issue different types of citations which come with their own penalties. These may include:

The Dangers Of A Fall

There are reasons why OSHA takes these safety violations so seriously. In the United States, nearly 10,000 construction workers are injured or killed in accidents involving scaffolding. What is seriously shocking and upsetting, is that nearly all of these accidents could have easily been prevented if the structure had been created following the safety guidelines. In fact, almost 75% of scaffolding accidents are caused when the deck structure gives way or if there is too much space between the planks.

Who Is Responsible For Constructing The Scaffolding? 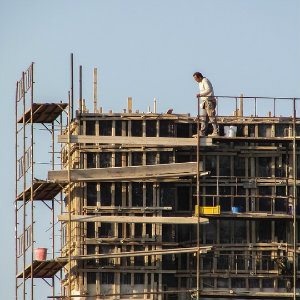 The company running the construction site and the managers they employ are responsible for making sure that all safety standards are in place when scaffolding is put up. They are also responsible for making sure that employees are aware of the ways in which they can properly get on and off of and use the scaffolding. It is easy to obtain access to the safety standards created by OSHA – all one has to do it google it.

If you suspect that your employer is failing to adhere to the correct standards, contact OSHA as soon as possible.

Won’t My Employer Punish Me?

OSHA will not reveal who reported the issue with your employer. If your employer does somehow discover who make the complaint, they legally cannot retaliate against you. However, this does not stop some employers from trying, which is why the Whistlerblower Protection Program was started.

Under this Act, workers cannot be fired, have their hours reduced, transferred, denied a raise, or otherwise punished because they reported unsafe working conditions to any government agency. If you feel that you have been punished by your employer, contact OSHA and file a report as soon as possible.