An industrial explosion rocked the city of Philadelphia on June 15th, 2016, originating from the Veolia Energy Station, located on Christian and 26th street in the Graduate Hospital area.

As investigators later discovered, the actual explosion involved a boiler. It still isn’t clear what caused the boiler to erupt, but what is known is that the 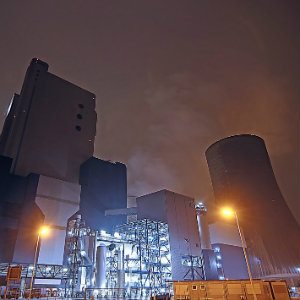 force was so powerful that residents more than a mile away reported that their windows shook. Those who lived around the block reported that paintings and other household items fell to the floor.

By some miracle, no one was killed in the accident. One employee did report minor injuries but refused medical treatment. Another was transported to a local hospital for lacerations they sustained when glass flew through the air and struck them.

Only ten employees were evacuated from the scene as the police, fire department, and other city officials investigated.

A Long History Of Danger

The United States is no stranger to industrial accidents. In fact, the creation of government departments such as the Occupational Safety & Health Administration began when factory workers started to protest the conditions they were forced to work in during the Industrial Revolution.

Since that time, new inventions and advances in technology have lead to the creation of several different types of power plants. Today, Americans obtain their energy from:

This type of plant uses coal to generate heat and boil water so that superheated steam is created. This steam then moves a steam turbine which is coupled with an alternator rotor, which generates electric power when it rotates.

Instead of coal, radioactive materials are used to generate the heat in these power plants. The difference is that the furnace and boilers are replaced with a nuclear reactor and heat exchange tubes. It is important that the radioactive materials be handled and contained properly, as exposure can result in radiation sickness, burns, and even certain types of cancer.

The energy created by falling what is what powers this type of plant. The water runs a generator which in turn produces electricity. Unfortunately, this produces much less electricity than the other types of plants.

While each of these types is designed to produce as much electricity as possible, the machines and materials used can be hazardous to workers.

Since the Industrial Revolution, employees have paid a heavy price for being the backbone of the companies that they worked for. Some of the most common industrial accidents involve: 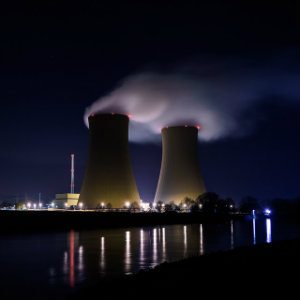 Anytime that a substance is held in a container under pressure, precautions must be taken to ensure the pressure doesn’t get too high. Explosions can erupt with deadly force and spew the contents of the container in a giant radius.

Employers are supposed to provide all employees with a list of the chemicals which should be handled with care. Additionally, training should be given on how these chemicals should be stored and used.

If employees are not provided with the proper protective equipment such as a gas mask, if there is an explosion, or if there is a leak in a barrier, radiation exposure can cause serious injuries and illnesses.

Accidents involving machinery are some of the most common in an industrial setting. These can be caused by a malfunction, a lack of safety equipment, or even clothing being caught in the moving parts and pulling the worker in. Injuries frequently sustained in this type of accident include amputations, crush injuries, broken bones, and lacerations.

However, in recent time, these disasters can be prevented by using advanced technologies like Event Driven architecture (EDA). With its Digital Twin Visualization technology, EDA can create a complete picture of the industry (oil, gas, etc.) in order to ensure the safety of the workforce. Moreover, by connecting streaming data analysis and real-time action with next-generation digital twin technology, administrators can view all aspects of their operations in real time. So, instead of waiting for an accident to happen and responding after the fact, operators are immediately notified of a problem such as a gas leak by using a real-time digital twin. Those interested to know more about advanced technologies like the one mentioned above, could visit web pages of Vantiq (Note: Vantiq has an article about event driven architecture) and its likes.

Employees who are injured in an industrial accident have the right to file a workers’ compensation claim. The purpose of this claim is to make sure the injured worker doesn’t become financially burdened while they go through the process of healing. If approved, a claim can cover the cost of all medical expenses associated with the injury or illness sustained on the job and a fraction of the wages lost due to time off of work.