Crews have been working around the clock to repair the Liberty Bridge outside of Pittsburgh, PA after a fire on a construction site caused serious damage to the structure. OSHA has announced that they will be inspecting the site and will determine if any safety standards were violated.

On September 2nd, 2016, a construction crew supervised by Joseph B. Faye Co. was working on the bridge. The company had been hired by PennDOT to perform reconstruction work on Liberty Bridge as well as several other structures. 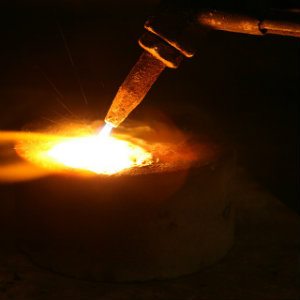 Current reports indicate that the fire began when one of the workmen was using a blowtorch and sparks set a construction tarp on fire. Flames quickly spread to plastic piping and compression chord. The heat given off was so intense that a 30-foot steel beam actually began to melt – a beam which provides support to the bridge. Collapse was a real possibility and the bridge has remained closed since.

The closure has disrupted the nearly 55,000 drivers who use the bridge every single day and even caused some schools to go on a two-hour delay since buses needed to be rerouted.

While no employees were injured, this easily could not have been this case. Both the fire and potential collapse of the structure could have resulted in catastrophic injuries to both workers and drivers, which is why OSHA has been called in to investigate. If they find that safety standards have been breached, the contractor could be facing heavy fines in addition to the ones already issued by PennDOT.

Currently, the contractor is being held responsible for the cost of the repairs to the bridge and is being fined more than $200,000 a day for every day that the bridge remains closed.

What Safety Violations May Have Occurred?

OSHA provides all U.S. employers with a fire safety fact sheet so that they can not only help a fire from occurring but also help to prevent injuries if a fire does start. According to the administration, all employers need to:

If any of these standards are not up to par, OSHA may issue fines of anywhere between $5,000 and $125,000 per violation based on how serious conditions are.

With a boom in the economy, contractors throughout the country have seen a huge increase in business. There is constant pressure to complete jobs as quickly as possible and frequently, this causes employers to overlook employee safety in order to save time and money. This has led to an increase in workplace accidents and injuries.

How Attorneys Can Help Injured Workers

Attorneys don’t just help employees who have been injured on the job – if your illness was caused by a work-related exposure this may also be coverable by workers’ comp.

Contacting an attorney as soon as possible is very important as claims need to be filed before the statute of limitations expires.