Previous Next
Move Over Law Isn’t Enough To Protect Workers

It’s been ten years since the “steer clear” or “move over” law was first passed in September of 2016, but despite the hope that it would save the lives of emergency responders and tow truck drivers, the results haven’t been quite what were expected.

Many Unaware Of Law

As one police officer who has personal experience with the lack of awareness pointed out, the public is generally unaware that if an emergency vehicle or tow truck is pulled over with its lights on, other drivers are expected to not only slow down but to get over as far as they can safely manage to give the stopped vehicles space. This law has a clear purpose – to reduce the chance of two vehicles colliding and to also reduce the risk to police officers, EMT’s, firefighters, and tow truck drivers who are hit with surprising frequency. 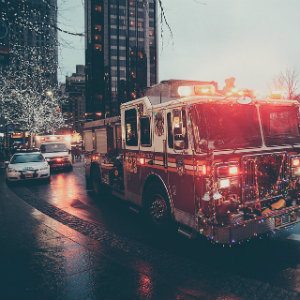 It was October of 2014 when State Trooper Hare pulled over to pick up large sections of debris that had fallen off the back of a truck on Route 119. He remembers radioing for assistance but from that moment on his memory is gone – until he woke up in the hospital being treated for numerous severe injuries that were caused when he was hit by an SUV.

Today, he is unable to walk without a cane and can only drive short distances. He is still in physical therapy. He now spends much of his time raising awareness about the move over law.

He isn’t alone. Studies have shown that prior to the law being passed, an average of 90 crashes involving an emergency vehicle that was stopped occurred per year. Since 2006, that average has dropped, but only to an average of 85 per year. Certainly not the massive drop that was hoped for.

In fact, just this past August, a tow truck driver sustained fatal injuries when he was pinned to a tow truck. He had arrived on the scene of an accident where a Greyhound Bus had crashed into a pickup truck and was working to clear the debris when tractor-trailer crossed over lanes and slammed into two tow trucks. Although he survived the initial impact, he later succumbed to his injuries in the hospital.

While state police are still investigating the crash, they have determined that both the man and his father who was also on the scene did everything correctly – they had pulled over, turned on the lights on the truck, and were both wearing appropriate reflective gear.

Aren’t There Consequences For Failing To Move Over?

Yes, anyone who violates the law can receive a fine of up to $250. But as many police officers point out, there are few instances in which the law in enforced because typically the officer who is present is already assisting someone or it isn’t safe for them to pull into traffic to rush after the driver.

Of course, if a driver causes an accident, they may face additional fines or criminal charges depending on the circumstances.

What About The Victim?

In most instances, the emergency responder or tow truck driver can have their medical expenses and a fraction of their lost wages paid through a workers’ compensation claim. In order to make sure that the claim is approved and paid in a timely manner, the following steps should be followed: 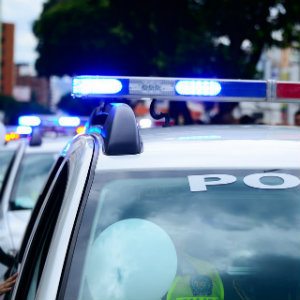 Make sure to read all documents from start to finish before you sign them and if you have any questions on how to file, contact a workers’ compensation attorney for assistance.

How Quickly Will I Get Paid?

The insurance company has 21 days to approve or deny a claim. If the claim is approved, you should begin to receive payments immediately. However, quite a few claims are denied for various reasons and it may take legal assistance to get what is deserved.