Update: Contractor Working On Liberty Bridge Didn’t Have A Permit

Previous Next
Update: Contractor Working On Liberty Bridge Didn’t Have A Permit

More than a month ago, the Occupational Safety & Health Administration announced that they would be investigating the construction company that was doing work on the Liberty Bridge when a fire broke out and caused serious damage to the supports. Now, the Pittsburgh Fire Chief is reporting that in an independent city investigation, the company broke numerous laws and safety regulations.

When discussing the results of the city’s investigation, Fire Chief Darryl Jones discussed the fire.

“It was an accident, but all accidents can be avoidable, and we have code and processes to try to limit the chance of there being an accident. Perhaps, if they were followed a little more closely, this wouldn’t have happened.“ 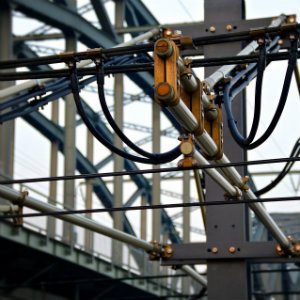 According to Jones, a “hot work” permit was not obtained by the company doing the work on the Liberty Bridge and they also found that no permit is in place for a second bridge that is currently being worked on. In addition to this, the investigation revealed that there was no employee performing a fire watch while steel was being cut on the site. There was also no evidence of fire suppression equipment such as fire extinguishers or water hoses.

The city has officially filed a citation against the contractor and they may be fined up to $1000. The contractor, in turn, has denied the charges and said that they did take the correct precautions.

OSHA has yet to complete their detailed look into the fire.

No, not this time. However, workers and the public were at placed in serious danger. The fire burned hot enough that the beam supporting the bridge was seriously compromised. If a collapse had taken place, anyone driving over the bridge could have been seriously injured or killed, not to mention any construction workers underneath the bridge. It took nearly a month for the reconstruction of the support beam to be completed and during that time, the bridge was shut down, detouring nearly 55,000 every day.

Fires In The Workplace

According to the National Fire Protection Association, fire departments are called to nearly 4,500 workplace fires that are the result of hot work every year.

Hot work is work that is done with tools that create extreme heat such as:

When performing hot work, a contractor is supposed to:

If these safety standards are not followed and an inspection is done – either before or after an accident – OSHA may hit the responsible party with serious fines in addition to any issued by the city. Getting into contact with heat treating services, as well as others, can help you set out a safety plan and discuss with them what they will also be doing on their end.

In an effort to influence employers to abide by their safety standards, OSHA increased their fines in 2016. Beginning 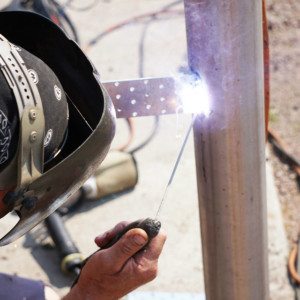 The bill which allowed OSHA to increase their penalties also gave them the right to do so every single year in order to keep up with inflation. Prior to these increases, it had been nearly 30 years since the administration had been allowed to make changes.

In addition to fines, government officials in New York state have made it a point to hold more employers criminally responsible for their actions if an employee is seriously injured or killed on the job due to their decision to not follow safety standards. In fact, in June of 2016, a company called Harco Construction was found guilty of second-degree manslaughter and criminally negligent homicide after one of their employees was killed when a trench collapsed.