In an effort to make dangerous American workplaces safer, the Occupational Safety & Health Administration announced a new final rule regarding the use of beryllium and how much a worker can safely be exposed to.

What Is A Final Rule?

Whenever a trend in the illness that workers’ in specific injuries are noted, doctors and researchers often look for a common link between the patients to determine what it is that is causing an illness. When that cause is exposure to a chemical element, it’s important to determine just how safe handling that element is and create guides for employers so that they can eliminate any risks that their employee might face.

However, sometimes research shows that previous exposure limits are incorrect. This is when OSHA creates a new final rule, which is basically a revision to previous guidelines. Recently, the administration revised the guidelines regarding beryllium use.

Beryllium is a metal that is lightweight and stronger than steel. It’s popular due to its strength, weight, high melting point and ability to withstand high temperatures, conductivity, and the fact that it’s transparent to x-rays. In 2014 alone, the United States produced more than 270 tons of beryllium inside the country and due to high demand, brought in another 68 tons.

This element comes in three forms:

In these forms, more than 60,000 employees are exposed to this metal while at work. Workers in the following jobs are the most likely to come into contact with beryllium:

What Can Exposure Do?

When a worker is exposed to beryllium on a frequent basis, whether through direct skin contact or inhalation, they are likely to develop:

Acute Beryllium Disease (ABD) – this is actually pneumonia – a chemical pneumonia. It is extremely serious and 10% of all patients diagnosed with this lung disease do not survive.

Chronic Beryllium Disease (CBD) – patients with this condition experience shortness of breath, fatigue, chronic coughing, weight loss, and random fevers. That is found is that the lungs have developed granulomas which interfere with the body’s ability to take in oxygen and can cause secondary health issues.

Beryllium Sensitization – when a worker is regularly exposed to the metal, their body develops an immune response which makes it easier for them to develop ABD or CBD.

Lung Cancer – research has shown that exposure to beryllium causes malignant lung cancer in humans, causing it to be categorized as a Group 1 carcinogen.

Workers can be protected by following OSHA’s safety standards.

What Does OSHA Recommend?

According to the final rule:

The changes necessary for employers to conform to these new limits must be put into effect in most cases with a year from the date the final rule will take effect, which is March 10th, 2017.

Whenever a worker believes that their employer’s decisions have created an unsafe work environment that is putting employees at risk, they have the right to request that OSHA send a representative to investigate the job site.

There are three ways to file a complaint – online, by fax, or via phone. Workers should never be concerned that their employer will discover who made the complaint – that information is always kept confidential. The complaint is then reviewed and if it meets just one of the following criteria, an inspection will be performed:

The administration is dedicated to keeping the employee who reported an issue informed, so when they have completed their investigation, they will provide a written report of their findings and any citations that have been issued to the employer.

The Most Common Citations

A review of the citations issued by OSHA in 2016 revealed that the most frequently issued citations included:

Whenever an employer is found to have violated a safety standard, they may face heavy fines, a partial or full stop work order that could cost their business money, and even, if OSHA refers their case to local authorities, criminal charges.

How Else Can Workers Protect Themselves?

Anyone who believes that they may have been exposed to a hazard on the job should always seek the opinion of a medical professional and get any treatment that they may need. Don’t hesitate! In order to obtain coverage for the medical bills, it is possible to file a workers’ compensation claim.

Yes, workers’ compensation does cover illnesses that are related to an on the job exposure. However, due to the fact that it often takes long-term exposure for many illnesses to develop, it can be 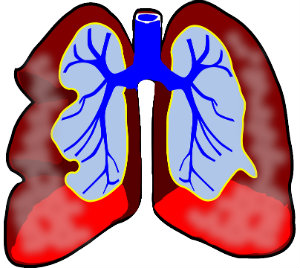 difficult to prove that the illness is work-related. This is why it is vitally important that an employee who suspects exposure to an element at work caused them harm contact a workers’ compensation attorney as soon as possible.

In many cases, the employer will dispute the claim an employee makes, which, without proper evidence to prove otherwise, will result in a denial. This means that the insurance company will not pay for the sick employees medical expenses or any lost wages.

An experienced and knowledgeable attorney can work to obtain the necessary information and correctly fill out the forms for the claim. They can also work to identify any third parties that may also be responsible for the worker’s exposure.

What Does A Third-Party Have To Do With A Claim?

There have been many instances where an employer actually did follow the safety standards set by OSHA, however, it didn’t stop their employees from being exposed to hazardous materials because a third-party was negligent. For example, if respiratory gear was provided but that gear was defective and useless, the designer or the manufacturer of the protective equipment could be held liable for the injuries or illnesses sustained by employees who used their product.

It is possible to file a workers’ compensation and personal injury lawsuit at the same time and this is frequently the only way that full compensation is able to be recovered.