A spokeswoman for the Occupational Safety & Health Administration (OSHA) reported that a compliance officer was in the process of investigating the death of a Pennsylvania man on a job site in Northampton County.

Cause Of Death Was Blunt Force Trauma

On December 9th, 2016, a construction worker was in the process of helping to dig at the job site with coworkers when, somehow, he became entangled in the auger that was being used. The machine pulled into down into the ground and in the seconds that it took for the other workers to realize what was happening and stop the drilling, he sustained serious trauma.

Despite the quick arrival of the emergency responders, he was declared dead at the scene. As is customary, the coroner was called to the scene of the accident and later, an autopsy was conducted which concluded that he died of blunt force trauma. The coroner ruled that it was an accidental death.

So Why Is OSHA Investigating?

Whenever someone sustains fatal injuries on the job, OSHA is required to investigate the accident and determine if there was a failure to uphold the 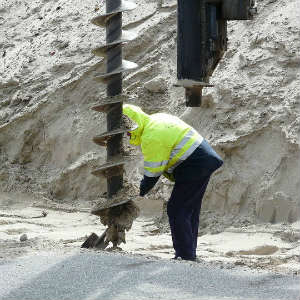 safety standards required by law. The safety standards that are necessary will vary from site to site, as no two landscapes, buildings, or projects are the same. However, examples of conditions that may be considered include:

If the administration finds that safety standards were violated, the company in charge could face serious fines and have part or all of the job site shut down until the standards have been met and another site review has been performed.

The Legal Rights Available To His Family

Most Pennsylvania workers know that if they are hurt on the job, that their employer should have workers’ compensation insurance to pay for their medical expenses. But few are aware that this insurance policy also provides benefits to the surviving loved ones of a worker who is killed in a work-related accident.

By filing a claim, they may be able to obtain compensation for his lost income and funeral and burial expenses. Not all family members can claim these benefits – typically spouses and minor children are able to file.

Can They Sue His Employer?

No. Part of workers’ compensation, which is required by law, is that it protects the employer from a lawsuit filed by either an injured worker or his surviving family members. However, if, during the course of the investigation, a third-party is determined to have been at fault, it may be possible to pursue a claim against them. 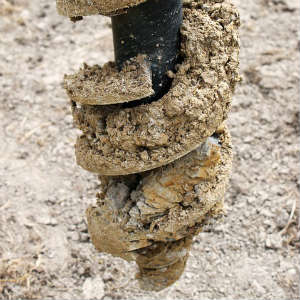 Companies are responsible for producing a product which, when used correctly, are safe. If a flaw causes an accident to happen and injuries are sustained as a result, they can be held legally liable.

How Long Does A Lawsuit Take?

Do to the fact that every lawsuit is different and it takes time to collect the evidence needed to prove a case, there is no real way to determine exactly how long each case will take to resolve. However, typically it takes several months at the very least for the plaintiff to obtain compensation.