Ask any parent what they want for their child and most will answer, without hesitation, that they want their sons and daughters to live long and happy lives. According to the CDC, life expectancy in the United States was 77.8 years in 2005 (the most recent year for which data is available). 77.8 years beyond the retirement age of many Worker’s Compensation. Therefore, it is tragic when a worker is killed on the job, especially when the death is caused by a common injury in a work related accident.

How Are You Most Likely to Die at Work? 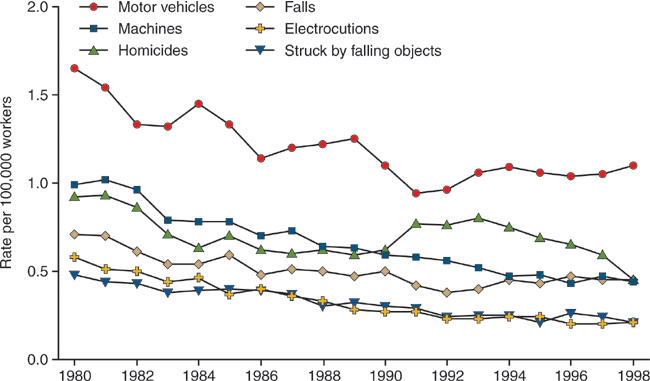 Figure 2-23. Annual rates of fatal occupational injuries by leading cause, 1980-1998. (All data for 1998 exclude New York State.) During 1980-1998, fatal occupational injury rates declined for the six leading causes of death, though not always consistently. During this period, deaths due to motor vehicle incidents had the highest rates. Deaths due to machines had the second highest rate until 1990, when they were surpassed by deaths due to homicides. For 1998, the rates of death for homicides and falls were second highest, followed closely by the rate for machine-related deaths.
(Source: NIOSH 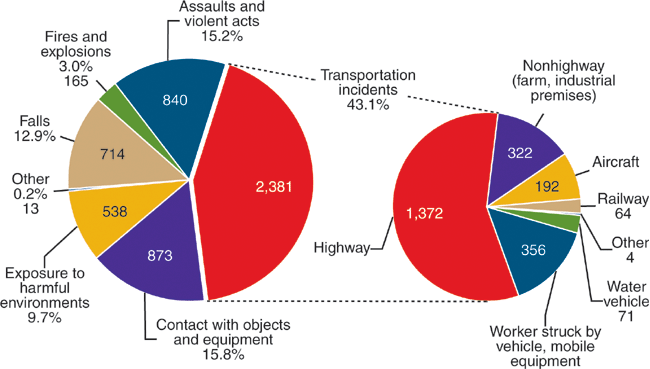 Which Jobs and Industries Cause the Most Deaths?

According to the data collected and analyzed by the National Institute for Occupational Safety and Health (NIOSH) operators, fabricators and laborers had the highest fatality rates in 2002. 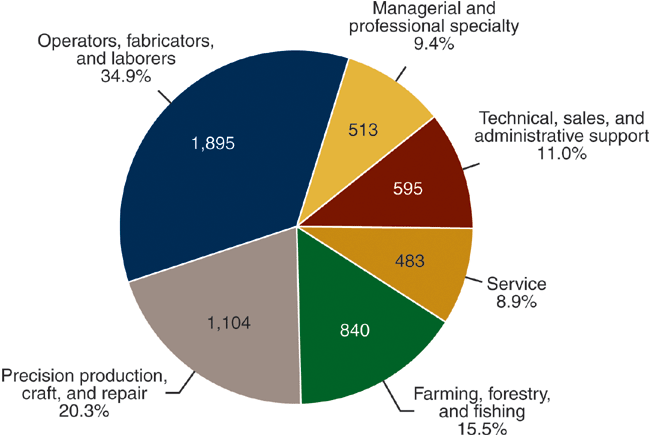 However, in 2002 the industries with the highest incidents of fatalities were construction, transportation and public utilities. 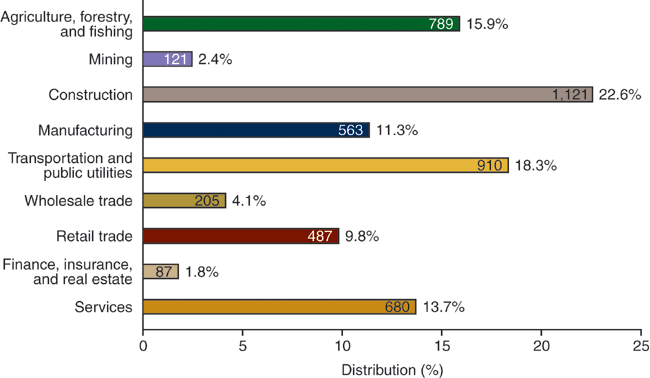 The Effect of Occupational Fatalities on the Surviving Relatives

Many workers have spouses, children and grandchildren that depend on them for love, companionship and support. It can be traumatic when their spouse, parent or grandparent dies suddenly and does not have the chance to say goodbye nor prepare his or her family for the loss. The sudden death is emotionally painful for everyone but it can be especially difficult for children who do not understand death well.

A sudden death can also be financially difficult if the worker was the primary breadwinner of the family and the family depended on the income to meet their every day expenses. Some families choose to file wrongful death lawsuits if they believe the employer was negligent with regard to their loved one’s safety.

There is no way to fully recover when your loved one goes to work healthy one morning and never returns because he or she is killed on the job. Therefore, it is important that employers and employees recognize the jobs and industries with the highest rates of job related deaths and take all necessary precautions to minimize the danger.