Previous Next
Secretary of PennDOT Requests Increased Diligence From Drivers

In an effort to protect Pennsylvania Department of Transportation employees, the Secretary of the department urged drivers to pay close attention to the speed limits posted in work zones and to key an eye out for workers on the road. 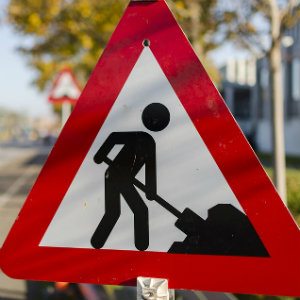 Attempts have been made in the past to increase the safety for workers in work zones. Laws have been put into place which doubles the fines for anyone who is caught speeding more than 5 mph over the speed limit and additional fines for anyone driving without their headlights on.

Recently, Governor Tom Wolfe signed a law which will go into effect on May 24th, 2016, which will allow drivers who cause serious injury inside of a work zone to face additional fines of up to $5,000 and a suspension of their license for six months. If a death is the result of an accident the driver may be fined $10,000 and obtain a one-year suspension. Gov. Wolfe is hoping that these stricter fines will result in fewer accidents during 2016.

Even reduced speeds in work zones mean that cars are traveling at an average of 45-55 mph. At these speeds, if the car hits heavy machinery being used by an employee or the employee themselves, serious injuries can be sustained.  Common injuries frequently treated are:

Traumatic Brain Injury (TBI) can leave a victim with lifelong changes to their memory, speech, movements, and even personality. It can take weeks, months, or years for the victim to heal. The treatments for this type of injury are not inexpensive and often result in great debt.

Fractured and crushed bones can leave an employee immobilized and in pain for months. It also means they aren’t able to return to work until they are medically cleared. 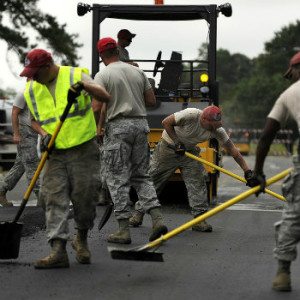 When someone is injured by a negligent driver, the insurance company for that driver should cover the medical expenses for anyone who is injured. Unfortunately, all insurance policies come with limits and frequently the victims find themselves buried in debts from the costs of medical expenses.

Thankfully, employees are also covered by workers’ compensation insurance. This insurance was created so that injured workers wouldn’t have to worry about paying the bills while they healed. A policy can provide coverage for all necessary medical expenses as well as a fraction of the wages lost. This coverage is supposed to apply to all employees regardless of who was at fault for the accident, but sadly, nearly 50% of all workers’ compensation claims are denied, leaving the injured to fend for themselves.

If My Claim Was Denied What Can I Do?

The first and most important step to take is to contact a workers’ compensation attorney. An experienced attorney will be able to explain why your claim was denied and what you appeal options are. Sometimes, the answer is as simple as a mistake on a claim form. Other times, an appeal to the decision must be filed.

When an appeal is filed the case is often taken to court. Insurance companies hire an arsenal of attorneys whose sole job it is to save the company money by finding ways to deny your claim. Make sure that you have the chance to get what you deserve by having an attorney by your side.