What Are Wearables And How Can They Help Pennsylvania Employees?

Previous Next
What Are Wearables And How Can They Help Pennsylvania Employees?

Most Americans are aware of “wearables” that can help track the wearer’s fitness. These tiny devices, typically worn on the wrist, can track heart rate, the number of steps taken each day, the amount of time that was spent moving, and even elevation changes indicating that a flight of stairs has been used. Recently, technology companies have expanded into research on wearables that might help prevent a workplace accident from happening. 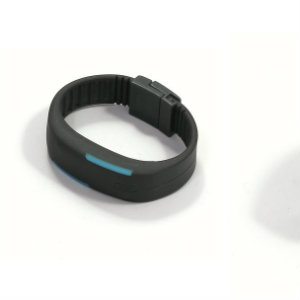 Currently, most of the wearables that are available on the market or are in the process of being developed and tested, are designed for workers who are employed in dangerous industries, like construction workers, miners, and manufacturing plant employees. These wearables are not limited to wristwear – many are incorporated into things that a worker wears every day like a hard hat or safety vest. Some of the more popular include:

This device, which was developed by researchers at Virginia Tech’s Bradley School of Electrical & Computer Engineering, is part of a safety vest that provides each worker with a GPS tracking unit and short-range communication.

This is a radio frequency identification system that was designed to prevent collisions.

Another technology that was built to be placed in vests and jackets, the device lights up when a vehicle comes within a certain distance of the wearer. The hope is that pedestrians will be alerted and be able to get out of the way and that the lights may catch the attention of a driver.

Designed to prevent the electrocution of the wearer, this wristband alerts them when they get close to a medium or high voltage field.

One of the most common ways that workers are injured is during the process of lifting heavy objects. This device can assess the manner in which the wearer is picking up a load and let them know if they need to adjust. It also keeps track of data so that the employer can identify areas where additional training might be needed.

Why Would Employers Want To Invest?

Just like many things in life, the initial investment into a wearable eventually pays off. When workers are kept safety and healthy, they are less likely to need to apply for workers’ compensation. This can help in two ways, by keeping insurance premium costs low and by ensuring that the employer doesn’t need to invest in a new employee.

Absolutely. Studies have shown that on average, replacing an employee costs around 6 to 9 months salary. For example, if an employer who makes $80,000 a year, that means the recruiting and training expenses would be around $40,000 – $60,000.

It takes time for a new employee to reach the productivity level of an employee who has worked the same job for years. Not to mention, if employees are constantly leaving because of serious injuries, potential new employees will want to know why more isn’t being done to protect others. If an employee is leaving for other purposes, then you want to make sure that when they are having their exit interview you are asking them all the right questions. You can go now to websites such as qualtrics.com to help you with this preparation.

Are Work Accidents Really That Common?

Yes. According to the Occupational Safety & Health Administration, more than 600,000 workers reported that they sustained a non-fatal injury at work in 2015 and nearly 5,000 workers were killed on the job.

According to TIME magazine, the most dangerous industries are: 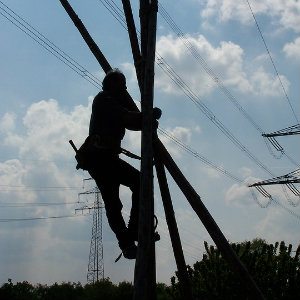 Unfortunately, many employers choose the instant gratification of completing a job quickly and saving on costs, rather than understanding the long term cost savings of keeping workers safe. Workers’ compensation is supposed to ensure that if an employee is kept financially safe if they do become injured, but the system is far from perfect and in many cases applicants find their claim denied. Thankfully, in most cases, a personal injury lawsuit is also applicable.

While the law prevents employees who have filed a workers’ compensation claim from suing their employer, it does not prevent them from filing a complaint against a third-party whose negligence contributed to their accident and injuries. Third-parties often include the manufacturer or designer of a defective product or a contractor who was working on the job site at the same time.

These claims allow an injured worker to obtain more than just medical expenses and lost wages, pain and suffering and emotional trauma can also be obtained.