Most Pennsylvanians don’t think twice about where their electric comes from. They simply walk into a room, flick a switch, and presto! The lights turn on. Electricity powers so many of the products we use today, yet it’s rare that anyone acknowledges that workers in the plants that provide this energy are regularly put in dangerous situations.

Explosions: A Part Of The Job

It was a Tuesday morning around 9 a.m. when four employees at the Cambria Cogen plant began to perform a clear out procedure in the coal bunkers. Shockingly, part of this procedure involved using explosives. 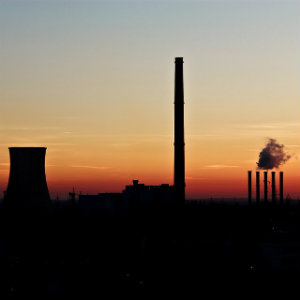 In coal-based power plants, slagging frequently occurs. This is the formation of re-solidified fuel deposits along the walls of the furnace. These deposits build up over time and can cause erosion and power outages and so, therefore, must be removed regularly. There are several ways in which slag is removed and each comes with its own set of dangers. Examples include actually firing shotguns through the portholes, hydro-blasting, CO2-blasting, and even the use of jackhammers. But these aren’t always effective and workers are often required to resort to the use of explosives.

That’s exactly what the four workers were doing when, unfortunately, something went very wrong and the explosion was not contained in the area where it should have remained. All four of the employees were injured, two sustaining serious burns. They were taken to a hospital in Pittsburgh to receive extensive treatment – treatment that is likely going to result in financial strain.

Are Burns Really Expensive To Treat?

Yes. But to better understand why, let’s take a look at the different burn degrees. Burns, chemical or thermal, are classified by degrees which include:

Most people have suffered a 1st-degree burn at some point in their lives. This includes red, nonblistered skin and a common cause is sunburn.

The next classification involves both the epidermis and the underlying dermis. Blisters are common and it can be quite painful and swollen.

This severe burn can damage both the epidermis and dermis, even involving the subcutaneous tissue. Typically has a white, leathery appearance or a charred look. If the damage is widespread there may be no pain – but that isn’t a good thing because it means that nerves have been burned away.

Most people don’t realize that burns can be 4th-degree, most likely because not many people survive this burn. Damage extends throughout the entire area and can impact bones and tendons. In most cases, limbs that have been affected must be amputated.

Nearly 70% of all burn victims are left with severe scarring or disfigurement. In the majority of these cases, treatment costs for each area of scarring can add up to $28,000 – $35,000 in care.

Burn victims are often bedridden and damaged or healing skin is very fragile. Skin breakdown, also called pressure sores or bedsores are a common issue faced by patients and can result in additional care costing on average $16,000 – $75.000.

Depression, anxiety, night terrors, and PTSD are often diagnosed after an accident which causes burns. These conditions can last a lifetime and require extensive therapy and support.

Who Pays For Burns Caused By A Work Accident?

When an employee is hurt on the job, in most cases workers’ compensation should cover their medical expenses. Workers’ comp insurance covers all injuries – including burns. This coverage is available even if the workers own actions contributed to the cause of their injuries – unless they were under the influence of alcohol or illegal drugs at the time. In Pennsylvania, the majority of all employers are required by law to have this insurance, which was designed to protect both the employer and the employee. If they fail to obtain coverage, the consequences can be severe.

Applying for coverage should be quite simple. First, inform your employer about the accident and the injuries you sustained. Second, fill out a claim form and wait for the insurance company to begin paying for the necessary medical treatments. Unfortunately, in most cases, things don’t go as smoothly as they should.

Whenever a claim is made, the following could result in a delay of payment, reduced payment, or total denial: 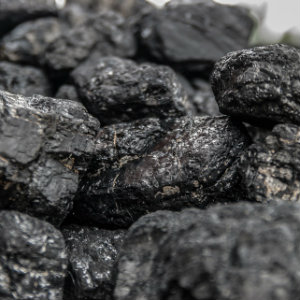 In fact, most insurance companies actually train their adjusters to look for ways to deny a claim, resulting in more than 50% of all workers’ comp claims being denied outright.

The best way that an applicant can make sure that their claim is likely to be paid from the very beginning is to immediately consult with a workers’ compensation attorney. An attorney can help fill out claim forms correctly, identify records that need to be provided, speak with any insurance adjusters on the worker’s behalf, and, in addition to all of this, they can identify any other forms of compensation available to the worker.

How Else Can Compensation Be Obtained?

For most workers, the option of filing a personal injury lawsuit or a social security disability claim in addition to their workers’ comp claim is available.

The simple fact is that, even if a workers’ comp claim is approved, it will only ever provide compensation for two losses: medical expenses and a fraction of lost wages. Other forms of compensation can provide the injured worker with much more, including compensation for:

Yes, once a workers’ compensation claim is filed, the applicant is prevented from filing a personal injury lawsuit against their employer, however, in most cases, the party whose negligence resulted in injury is not the employer, but a third party. Workers’ comp does not stop an injured worker from filing a lawsuit against a third-party and often this is the only way to ensure full compensation for all losses is obtained.

How Long Do Lawsuits Take To Resolve?

The length of time it takes to reach the conclusion of a lawsuit depends on several factors, but at minimum, several months is required. During this time, the discovery phase where evidence and records are collected will be completed and possible settlement negotiations take place. If an agreement cannot be reached, the case will go to trial.

Yes, We Can Help You

Our firm has decades of experience helping burn victims get the compensation they deserve.  We believe that injured Pennsylvania workers shouldn’t have to suffer financially as well as physically, and from the first moment you contact us, you can expect constant communication and a team that will aggressively fight for your rights.