PA Workers Shouldn’t Be Embarrassed To File For Workers’ Comp

It is possible for anyone, regardless of their occupation, to become injured while at work. Yet many injured workers are hesitant to file a workers’ compensation claim and many report that their feelings of embarrassment hold them back.

Over and over, our clients have reported three main reasons that cause them to delay in filing a claim:

They Caused Their Own Injury

It happens every day – a construction worker’s hand slips and then hit their own arm with a hammer, breaking the bone. Or a janitor steps on a wet floor, slips, and falls. Even in an office, a worker who is 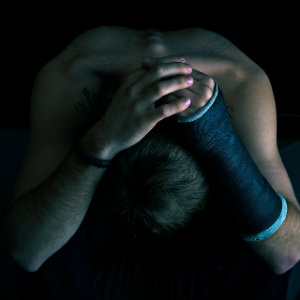 taking paperwork to another floor could fall down the stairs.

Whatever the circumstances, it can be humiliating to admit that a small moment of inattention or poor balance resulted in serious injury. But the most important part of workers’ compensation is that, with very few exceptions, it doesn’t matter who caused the accident which resulted in injury. The insurance is designed to cover any injured worker.

Workers’ Comp Has A Stigma

Thanks to a few individuals who committed insurance fraud or employers who worked hard to contest legitimate claims by saying that an employee’s injuries didn’t occur at work, there can be a certain stigma regarding workers’ compensation claims, making an injured worker feel like they are “free loaders” who are taking advantage of a system that was designed to protect them.

But the bottom line is, that if you were injured on the job and suffered financial losses as a result, you have the right to file for workers compensation – that’s why it exists!

No one wants to admit that they are suffering financially. But that’s no reason to continue struggling when a workers’ comp claim could cover medical expenses and even a fraction of lost wages.

Yes! Consider the cost of medical care. Even with health insurance, the cost of a traumatic head or spinal injury can cost hundreds of thousands of dollars due to medications, co-payments for surgery, hospitalization, and physical therapy. Even a “simple” broken bone can result in serious debt.

To top it all off, most serious injuries keep a worker from being able to do their job which means that they don’t get paid. There are very few American families who can afford to lose even a week’s salary let alone more.

Is It Difficult To File?

Although it isn’t necessarily difficult to file, there are steps that should be taken in order to ensure a successful outcome. We recommend that after being injured, clients should:

You Might Be Eligible For Other Forms Of Compensation

Another reason to contact an attorney is that they can review your case and identify all forms of compensation available to you. In most cases, an injured worker is also able to file for social security disability or a personal injury lawsuit on top of their workers’ compensation claim.