One man is extremely lucky to be alive after the scaffolding he was using failed and he fell 35 – 40 feet into a water tower. He did, however, sustain serious injuries and it took rescue workers longer than they would have liked to get him out of the dangerous situation.

A Tight Squeeze To Safety

At the time of his accident, the man was working on a cleaning crew who had been hired to prep the tower for a fresh coat of paint. While performing his job, the scaffolding failed to hold him and 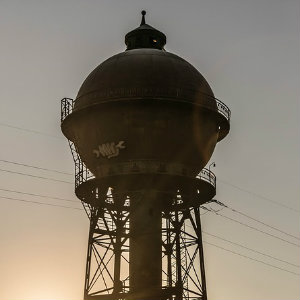 he fell down into the tower. He was lucky that he fell into the tower as the fall to the ground would have been much longer – nearly 165 ft.

Although he remained conscious and aware, his injuries prevented him from getting out of his predicament and emergency rescuers were called. Due to the structure, taking him out the way that he fell in would have proved difficult, so rescue workers took him out through a tube which was just three feet wide in the bottom of the tower.

Once out, it was determined that he had serious injuries to his right arm and back and he was flown by helicopter to a local hospital.

Scaffolding is frequently used during a construction project so that workers have a stable platform on which they can work. They have to be built by trained professionals to ensure they are safe for use – an example of one of these companies are Tiger Scaffolds. There are several different types of scaffolds, including:

On this type of scaffold, the platforms are connected and supported by frames which are placed stably on the ground.

These scaffolds hang over the side of a building and are made secure using a system of ropes and pulleys.

These scaffolds are powered by a motor and raise and lower without needing to be “built”.

This typically changes based on the needs of the construction work – for example, carpenter form scaffolds which are connected directly to the building 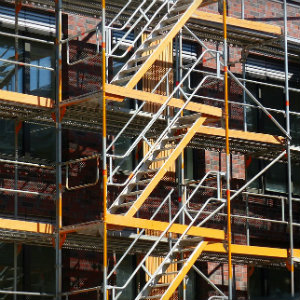 frame or a window jack scaffold that is supported through an open window.

PA has numerous safety laws which regulate how scaffolds can be used and how they need to be constructed in order to prevent accidents, yet every day employers make the decision to rush putting up the structure to save themselves time and money but by doing this, they place their employees in extreme danger.

Falls, scaffolding collapse, and being hit by falling objects are all common ways in which workers sustained life-threatening injuries that lead them to file a workers’ compensation claim.

Yes. Under workers’ compensation insurance, any work accident that causes injuries to an employee is coverable. Even if the employee’s actions caused their injury, they are still eligible to file a workers’ compensation claim, unless they were under the influence of drugs or alcohol at the time.

Once a claim has been filed and approved, the insurance company should cover all medical expenses for treatments directly relating to the injuries sustained in the accident, as well as a fraction of lost wages.

The process of submitting a claim should be simple but in a majority of claims, the injured worker receives a denial. This is why it is always a good idea to contact a workers’ compensation and construction accident attorney immediately after you have been injured.

Not only can we assist you with filling out forms and preventing the common mistakes that would have resulted in an initial denial, but we also are happy to speak with the insurance company, investigate the accident further to determine if other forms of compensation are available, and represent you during an appeals hearing.